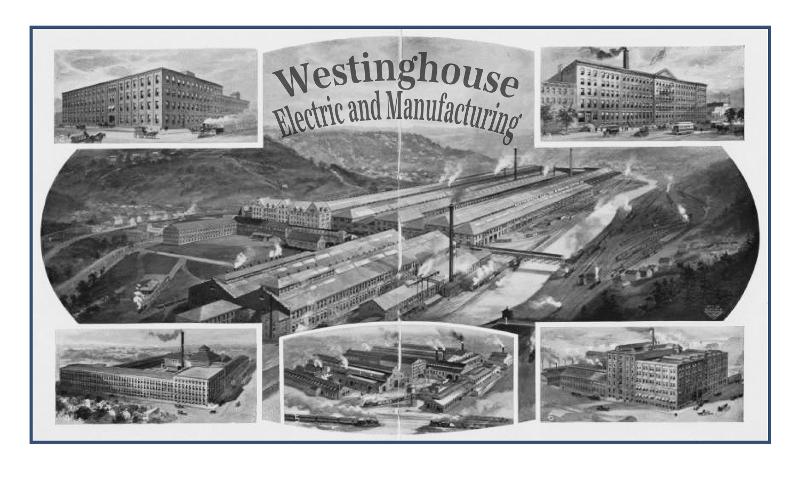 In 1886 the Westinghouse Electric Company was formed for the manufacture of lamps and electric lighting apparatus.

Mr. Westinghouse having become interested in the subject. The business rapidly developed and in 1889 and 1890 this company absorbed the United States Electric Company and the Consolidated Electric Light Company. In 1891 all of these properties were reorganized into the Westinghouse Electric & Manufacturing Company, which owned extensive works at East Pittsburgh, employing over 22,000 people.

In 1892 Mr. Westinghouse secured for the Electric Company the contract for the electrical equipment of the Columbian Exposition in Chicago, and in 1893 the contract was made for the large generators at Niagara Falls, both of which marked epochs in the progress of the electric railroad and trolley transportation systems, electro-chemical, aluminum,steel manufacturing, grain milling and other 20th century electrical industry. 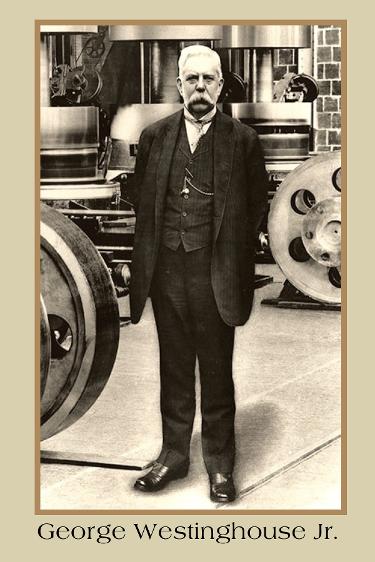 A VIDEO LISTED ON AMAZON.COM 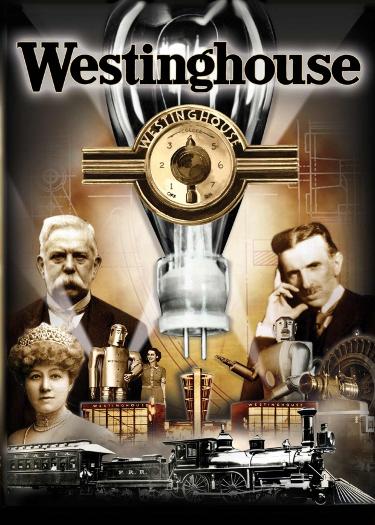 His victory over Edison during the Battle of the Currents set the stage for the entire future of electric power. The Westinghouse air brake is considered one of the most important inventions in history. Automobile shock-absorbers, railroad signaling and the modern day weekend all owe their existence to the man who Andrew Carnegie called, “A genius who can’t be downed.” Westinghouse may be most famous for the massive companies that he created, but the man called “Uncle George” was a reserved creative giant who went out of his way to treat his workforce with dignity and respect. He was an honest millionaire in the days of robber barons, an optimist in the days of skeptics, and a generous CEO from whom today’s executives can learn.

Narrated by Emmy award winner Carol Lee Espy, a TV/radio host for KDKA Radio, which was the first commercial radio station in the country. Originally owned by Westinghouse until the company’s merger with CBS in 1996, the station made history by airing their first broadcast from the Westinghouse Building in East Pittsburgh in 1920. Carol is also a singer, songwriter, and producer whose voice can be heard on national PBS productions. In 2001 she helped to launch “On Q”, a news magazine at WQED Multimedia in Pittsburgh, and became the voice of WQED. Since then Espy has won two Mid-Atlantic Emmys for her writing and producing and seven nominations for writing/producing and music composition.

Nikola Tesla's AC system eventually caught the attention George Westinghouse, who was seeking a solution to supplying the nation with long-distance power. Convinced that Tesla's inventions would help him achieve this, in 1888 he purchased Tesla's patents for $60,000 in cash and stock in the Westinghouse Corporation. As interest in an alternating-current system grew, Tesla and Westinghouse were put in direct competition with Thomas Edison, who was intent on selling his direct-current system to the nation. A negative-press campaign was soon waged by Edison, in an attempt to undermine interest in AC power. ( WAR OF THE CURRENTS ) Tesla, for his part, continued in his work and would patent several more inventions during this period, including the "Tesla coil," which laid the foundation for wireless technologies and is still used in radio technology today.

( The Electrification of Rail Roads by Gorge Westinghouse 1910 ) 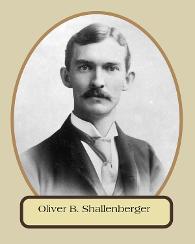 Power, the gift of Niagara Falls, by John & Richard Aiken 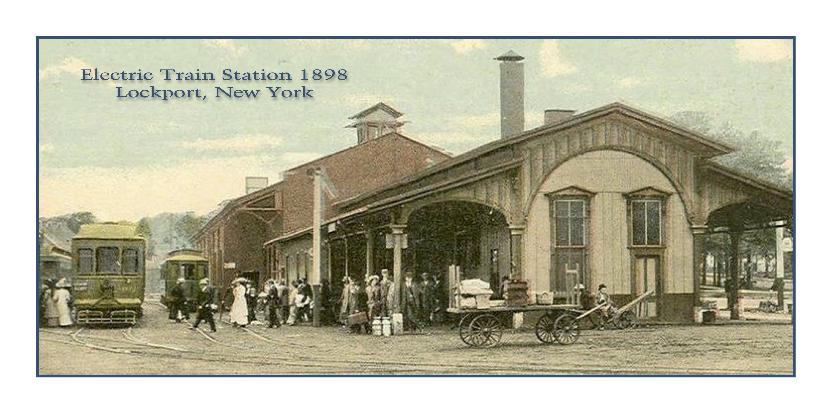 A complex system of Electrical rail in Western New York

The Creation of the new ( AC ) Adams Hydro Power Plant in Niagara Falls included massive amounts of electricity dedicated to Electric Transportation in the form of Trains and Trolleys. A system of electric transportation was developed to accommodate people both North of Niagara Falls to the villages of Lewiston, NY and Olcott on Lake Ontario and to the town of North Tonawanda, east to Lockport, NY and further to Rochester, N.Y. and south to the city of Buffalo.

In 1895, the first inter-city trolley line between the City of Niagara Falls and the City of Buffalo was built by William Ely, the president of the ( Buffalo and Niagara Falls Electric Railway ). Service along this electric railway line began in 1895. A trip between Niagara Falls and Buffalo took nearly two hours to complete. The line followed a route through Tonawanda, New York. The railcars traveled up to 30 mph and a round trip fare cost 50 cents while a one-way fare cost 35 cents.

The Buffalo-Niagara Falls Electric Railway was the most successful electric railway on the Niagara Frontier and it became one of the most profitable lines in the United States. In 1895 the company built Power House No. 4 and a large trolley barn at 184 Sweeney Street in the town of North Tonawanda. This building was recently renovated and is now utilized as the Remington Tavern on the Erie Barge Canal.

RESEARCH SITE FOR THEHISTORY OF THE BUFFALO AND NIAGARA RAILROAD SYSTEMS

Known as the Great Gorge Route or the Niagara Belt Line, the railroad opened with a single line on the U.S. side of Niagara Falls on August 25, 1895. Powered by hydroelectricity, the railway was a marvel of engineering technology at that time. It rivaled the Falls in popularity. People traveled long distances just to experience the exhilarating ride. Because of its reputation, a second line was added in 1896, allowing the trains to depart at fifteen minute intervals.

The first use of Niagara Falls Power Company electricity was by the Pittsburgh Reduction Company (later to be renamed Aluminum Company of America), which used an electrolytic process invented by James M. Hall. The company was founded in Pittsburgh in 1886 but transferred operations to Niagara Falls during this period because of the prospect of cheap and reliable electrical power.

The second electro-chemical industry in Niagara Falls also transferred from the Pittsburgh area. The Carborundum Company produced the extremely hard silicon carbide compound using a process invented by Edward G. Acheson. Founded in Monongahela, Pennsylvania, in 1891, in that year the company used 135 horsepower of electricity to produce 45 tons of product. Its contract of 1894 with the Niagara Falls Power Company was for 1000 horsepower, with which it increased its output twenty-fold. Within a decade, the Carborundum Company was using 5000 horsepower of electricity.

A decade after the startup of the power company, the Union Carbide Company was using 15,000 horsepower, the total production of the original three generators. Union Carbide produced calcium carbide, which was used to produce acetylene gas. Union Carbide eventually came to incorporate several other Niagara Falls industries, including the Electra-Metallurgical Company, National Carbon, and Acheson Graphite. The graphite production process was a serendipitous offshoot of Acheson's carborundum process. The pure graphite was used to make high quality electrodes needed for the electro-chemical and elector-metallurgical industries.

Other uses of electricity in Niagara Falls were for production of basic chemicals such as chlorine and caustic soda, and ferrous-alloys using chemical elements such as titanium, vanadium, tungsten, and molybdenum.

In Buffalo the electrical power was used in grain handling and processing, iron foundries, machine shops. Through the first half of the twentieth century, the biggest industries in Buffalo were grain milling, iron and steel production, and all varieties of manufacturing from hairpins to airplanes.

Subsequent power production facilities would supplement and replace the original facilities. The present plant on the American side, operated by the New York State Power Authority, provides about 2.5 million kilowatts (which in the twentieth century came to replace the system of measurement in horsepower, 2.5 million kilowatts translating to 3.3 million horsepower). The plant on the Canadian side, operated by Ontario Hydropower, produces another 1.8 million kilowatts. The electricity is transmitted at 345,000 volts over a power grid that covers the nation and the world and is the ultimate legacy of the Niagara innovations. 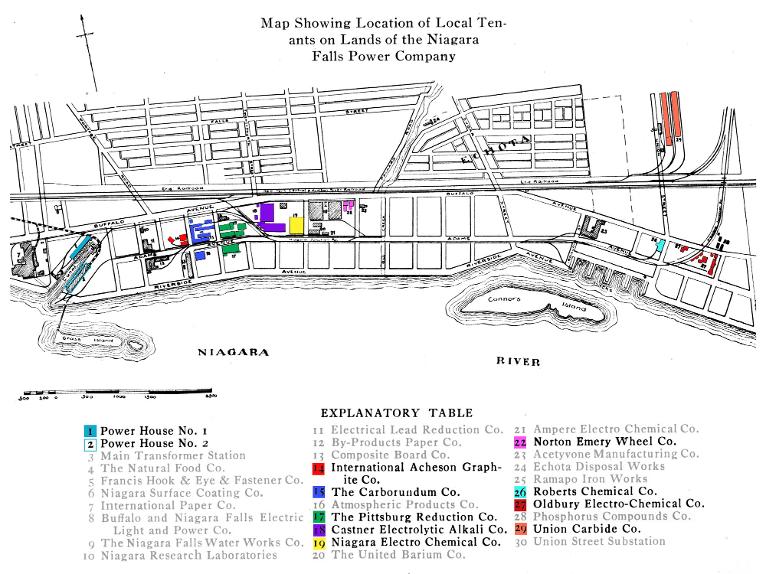 Charles M. Hall, an inventor of the electrolytic process used to recover aluminum, and metallurgist Alfred E. Hunt formed the Pittsburgh Reduction Company in 1888. This was the first electro-chemical company to contract with the Niagara Falls Power Company. The Niagara plant was located approximately 1/4 mile up river from the power station and operation began on August 26th 1895. In November 1896, a second plant began production below the falls, using power produced by the Niagara Falls Hydroelectric Power and Manufacturing Company. 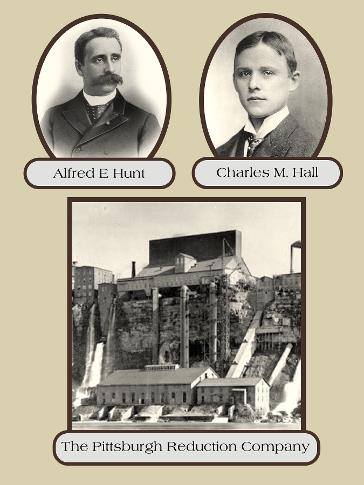 The Aluminum Pioneers  by Roy A. Hunt 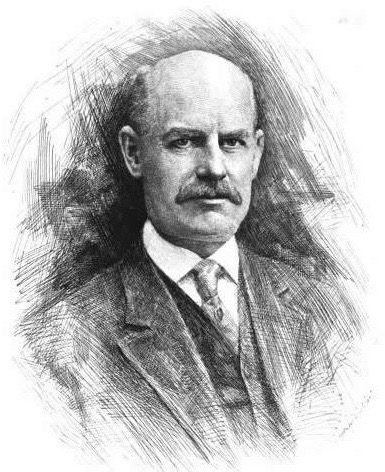 Edward G. Acheson was raised in Pennsylvania coal country, and quit school at 16, to work and help support his family after his father's death. He labored on the railroad, but spent his after-work hours studying science and electricity, and conducting his own homemade experiments. In 1880 he was hired by Thomas Edison as a draftsman and technician at Edison's Menlo Park laboratories. He later worked for Edison subsidiaries in Europe, where he oversaw the first installation of electric lighting in Belgium, Holland, and Italy. In 1885, after returning to America, he invented an anti-induction telephone wire, and sold the patent to Edison's arch-rival George Westinghouse, which ended his time in Edison's employ.

With funding from the Mellon National Bank in Pittsburgh, Edward Acheson in 1894 started the Carborundum Company in Monongahela, PA, which produced grindstones, knife sharpeners, and various abrasives. A year later, he relocated the plant to ( four acres near on Buffalo Avenue, Niagara Falls, New York ), where his became one of the first companies to use the site's cheap hydroelectric power.

After obtaining the patent on carborundum in 1893, Acheson tried super heating it and discovered that when carborundum is brought up to 7,500 degrees Fahrenheit, the silica vaporizes and leaves behind artificial graphite. Acheson patented that process in 1896 and after experimenting with colloidal suspensions of graphite, both oil and water based, started to mass-produce industrial lubricants.

He went on to found five other companies, all of which dealt with electro-thermal processes. All soon passed into the hands of more able professional managers, which allowed Acheson to keep doing what he did best: inventing. Active professionally until the age of seventy, he accumulated more than seventy patents in fields ranging from colloidal chemistry and abrasives to mechanics and electro-chemistry. 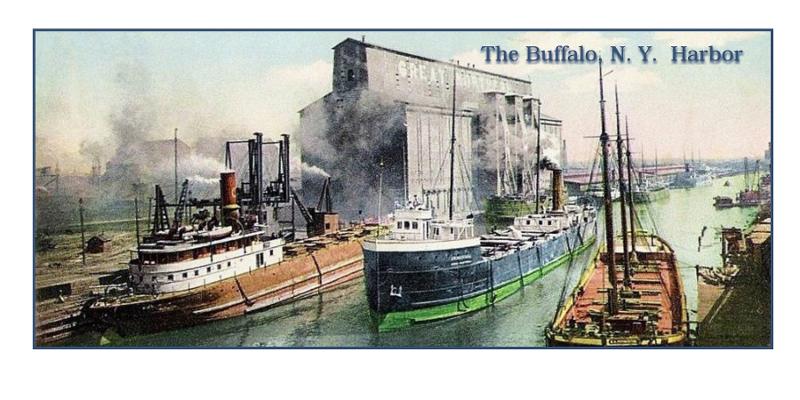 Research Web-sites for the City of Buffalo, New York

Then in 1897, the Electric and Great Northern elevators were built with the sole intent to use electric power. In this way, the newer, electrified elevators were able to eliminate steam boilers, engines, chimneys, and the necessity of bringing fuel to the elevator for burning. As you can see, electrification greatly reduced the risk of fires.

Perhaps the biggest change in Buffalo's grain industry was the emergence of another industry that was making its presence not only in Buffalo but in the rest of the country as well. During the early part of the the 19th Century grain trade, most of the grain arrived in Buffalo from the lower mid-western states. However, after 1850, a new contraption called a railroad was beginning to bring grain into the city from other grain growing areas of the country. Initially, grain shipments by rail were limited due to the fact that the Erie Canal had precedent over all freight shipments to and from Buffalo. But in the early years of the 20th Century, more and more grain began arriving in Buffalo from the northern prairie states and the Canadian provinces across the border from them. 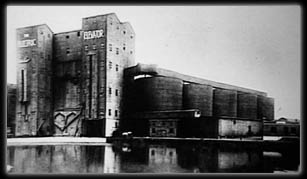 A pioneering steel-binned grain elevator built in Buffalo, New York, in 1897 it was designed for the grain trader Edward W. Eames by W.S. Winn and built by his Steel Storage and Elevator Construction Company (based in Cornersfield, Indiana), the Electric Grain Elevator was a truly revolutionary creation. Not only were its bins were made of steel, but they were also free-standing and unenclosed (unlike at the Great Northern, where the bins were enclosed in a brick house). 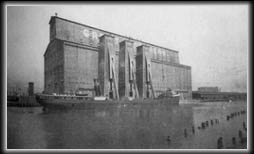 Electricity and the Steel Industries

The 8-Page GATEWAY ENTRANCE to this Web-Site is located at the TOP .....ENJOY !