An Interactive ( MAP ) of the 1901 Pan American Exposition

The source of electrical power for the 1901 Exposition

In 1886 an organization was formed in Buffalo, New York, known as The Thomson-Houston Electric Light Company. In 1892 they changed the company name to " The Buffalo General Electric Company " ( B.G.E.C. ). The sub-stations and other utilities were absorbed into this new organization. Organizational officers were,  Mr. Daniel O'Day as president, Mr. George Urban, Junior, vice-president, and Mr. Charles R. Huntley general manager.

In 1897 the original steam plants for these various electric buildings were gradually dismantled and the power was then taken from Niagara Falls, New York through the Cataract Power Company, the Edward Dean Adams Power Plant and their Conduit Company. As of 1901, Niagara Falls power was distributed to and through The Buffalo General Electric Company for the city of Buffalo, New York.

In Buffalo the use of electricity eventually became the means to power all domestic requirements, becoming popular for house lights, heat for cooking and laundry purposes, for operating sewing machines, mechanical elevators, and so forth. The Buffalo General Electric Company became the leading distributor of power in this respect..

In 1901, The company's offices were located in the Fidelity Building in Buffalo, management had changed with a new president and general manager, Charles R. Huntley; vice-presidents, George Urban, Junior, and Andrew Langdon; assistant manager, William R. Huntley and the treasurer being  D. T. Nash.

Since it was already the major distributor of electricity to Buffalo, it is not surprising that much of the electrical current used at the Pan-American Exposition was distributed via the B.G.E.C.. In fact, the General Electric Company's display in the Electricity Building was the place of the step-down transformation of the power used for illuminating the Exposition grounds and buildings.

Architecture, Sculpture, and Color Schemes at the 1901 Pan-American Exposition by Eliza Northwood

The Electricity Building: Green and Wicks "again used the Spanish Mission style when designing the Electricity Building. Towers, domes, and archways, were painted a warm yellow base with gray and green accents, making subtle ornamentation. Because it was so close in proximity to the Electric Tower, right next to the Machinery and Transportation Building, the subtle coloring was the perfect was to present the Tower in all its grandeur. The Electric Tower was more a favorite attraction than a favorite architecture example" 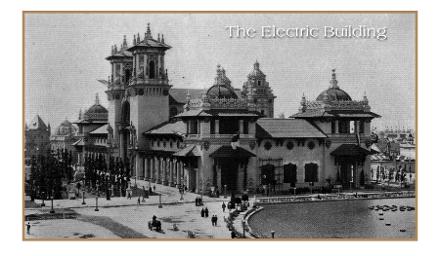 The Exposition was powered by three different sources

The Pan-American Exposition grounds were actually serviced by ( 3 ) three power plants. The first, located in the Electricity Building distributed the electrical power generated at Niagara Falls and transmitted to Buffalo.  The second, was a stand-alone service building, located in the northwest corner of the Exposition grounds. Visitors to the Exposition could enter this building and observe portions of the operation, which was comprised of natural gas-powered boilers, and a series of steam and gas engines used to provide the bulk of the electric power used for non-illumination purposes. However, even the engines in this building could not sufficiently supply the complete power needs of the Pan-American. Thus, a third "power court," with additional steam and gas engines was constructed as yet another "working exhibit" in the Machinery and Transportation building. 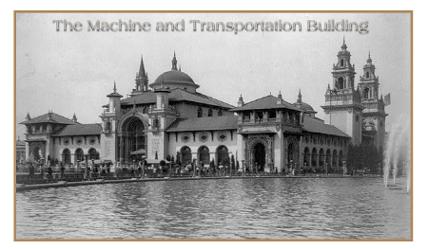 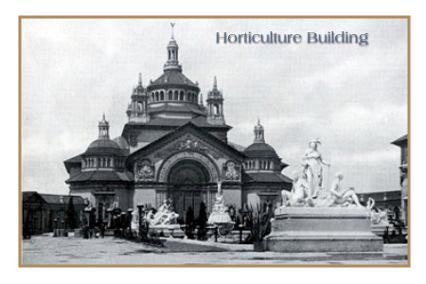 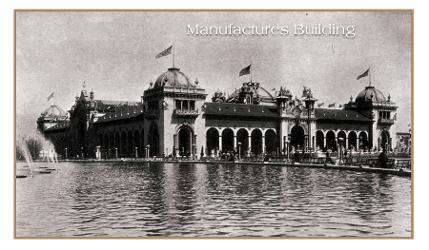 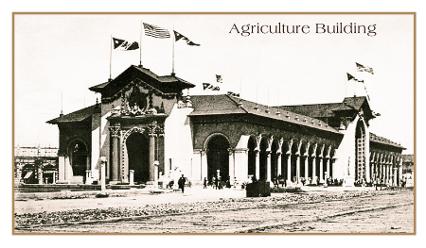 In the year 1901, the city of Buffalo, New York hosted the Pan American Exposition. The Expo served both the United States government as a place for welcoming Central American countries after the recent Spanish American war and it gave the City of Buffalo and New York State a platform to advertise their new science and technology in the production of hydro-electric power. The opening festivals included a speech by Theodor Roosevelt who was at that moment in time, the Vice President of the United States.

The Niagara Power Company had been installing power lines for several years by 1901. Buffalo city administrators and businessman realized a great opportunity with their local electric technology and decided to showcase this new science throughout the Exposition. By 1901, the city had electric street lights an electric troly system and was lighting a few of their large public buildings. Buffalo was a growing sprawl of urban development with key industries in Grain and Flower, Steele production and many forms of manufacturing. In conjunction with the famous Erie Barge Canal and having a great train station it had become a major shipping center between Chicago and the great mid-western wheat-belt and Atlantic shoreline cities such as New York, Boston and Baltimore.

The Exposition was sometimes called " The Rainbow City ". because of the way strings of lights covered the many buildings of various colors. A central focus was made on the massive " Electric Tower " which was designed by John Galen Howard. This tower measured 391 feet tall and acted as a great light beacon. It functioned as a place to view not just the Exposition itself, but also the great "Niagara River" in the distance, the same river that Nikola Tesla had dreamed about harnessing as a young boy. Inside the Tower building was a large 18 foot tall nude statue of a winged angel holding a torch. She was named the " Goddess of Light " and she truly seemed to be a monument representing the success and genius of Nikola Tesla. 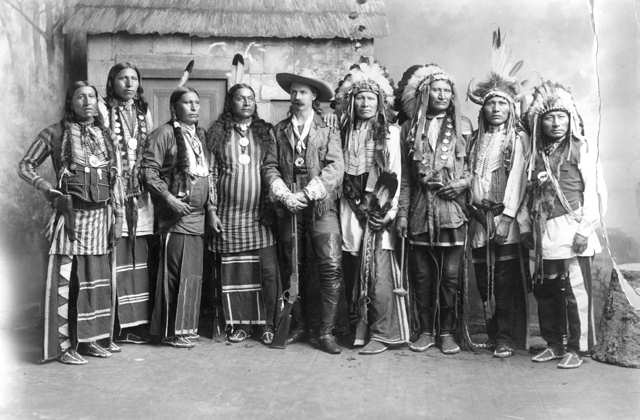 The 8-Page GATEWAY ENTRANCE to this Web-Site is located at the TOP ....ENJOY !